Home Economy The Swiss National Bank has intervened against the rising franc. The intervention... 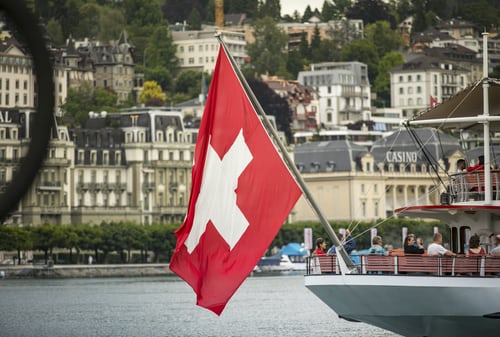 The Swiss franc apparently got too strong against the euro until the Swiss National Bank stopped liking it. She decided to take action against the strong franc, according to the volume of sight deposits recorded by the local central bank.

The volume of sight deposits placed with commercial banks at the Swiss central bank increased by 2.4 billion francs to almost 723 billion over the past week. This is the highest level in the last seven months. The value also indicates that the Swiss National Bank has intervened against the strengthening domestic currency.

“The Swiss National Bank seems to have stepped up its fight against the strong franc,” HSBC said, according to Reuters. It seems that the central bank is particularly concerned about the speed with which the franc has strengthened against the euro in recent weeks. It is the highest in the last twelve months.

According to UBS economic analyst Alessandro Bee, the increase in sight deposits of commercial banks with the central bank suggests that Swiss central bankers will not allow the franc to strengthen against the euro to a value below 1.04 francs per euro.

55% Of US Investors Are Expected to Move Money Into Individual...