Home News The bear market is not over yet, the analyst warns. Stocks are yet...

The bearish mood may yet return to stock markets. It is not enough just to look at the historical developments of exchanges and compare them with the present, thinks MarketWatch.com investment portal analyst Mark Hulbert.

When stock markets come under the domination of so-called bears, they generally have to go through five phases before switching back into a mood of bullish. According to analyst Mark Hulbert , these are phases of denial, malice, negotiation, depression and acceptance. And the markets are still waiting for phases four and five, but at the same time the most painful.

Signs of a turnaround emerge

Hulbert cautions that investors cannot let themselves be lulled by references to historical developments because the latter will never be exactly repeated. In doing so, historical data suggests that mostly unless exchanges have fallen by more than 30 percent, recovery takes them no more than five months. This year, Wall Street has written off just under a quarter, and there are already signs of a turnaround. The problem is said to be that this reversal occurs when the Fed tightens monetary policy, whereas historically it has generally been the opposite.

“It doesn’t mean stocks can’t mount a quick rally, but one needs to be wary because we haven’t been through the last two phases of a bear market yet,” Mark Hulbert warned. 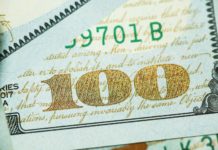