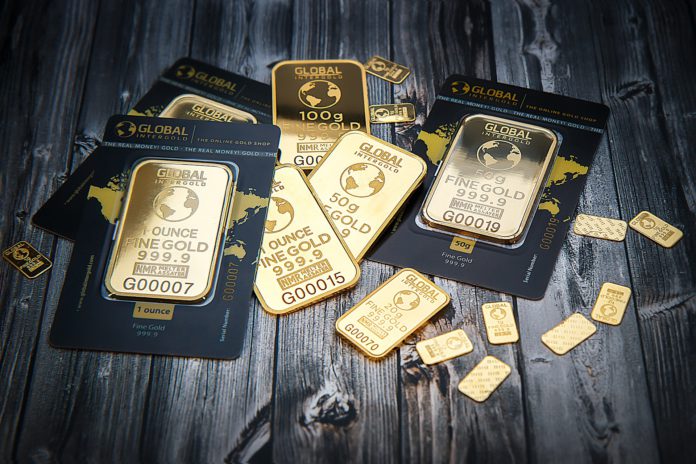 Since the beginning of the week, the record-high gold price per ounce has been surpassed. The previous value of $1,923 from September 2011 was shortly after surpassed again in more than $40, and thanks to that Goldman Sachs adjusted the target price for gold. According to predictions, gold could attack levels of $2,300 in 12 upcoming months. The price is $300 higher than the current target price set by the American bank.

The unprecedented interest in gold of last weeks has been caused by eased monetary policy by the Federal Reserve System. The Fed might getting ready to confirm its new path or to enlarge the volume of bonds purchase as part of so called quantitative easing. There’s also other factors, such as growing tensions between the US and China, which are connected to trade relations. The US president Donald Trump says that these relations are unfair. In these times, gold serves as a safe haven for investment as investment owners aim to protect their financial means against inflation or from declining dollar in this particular case.