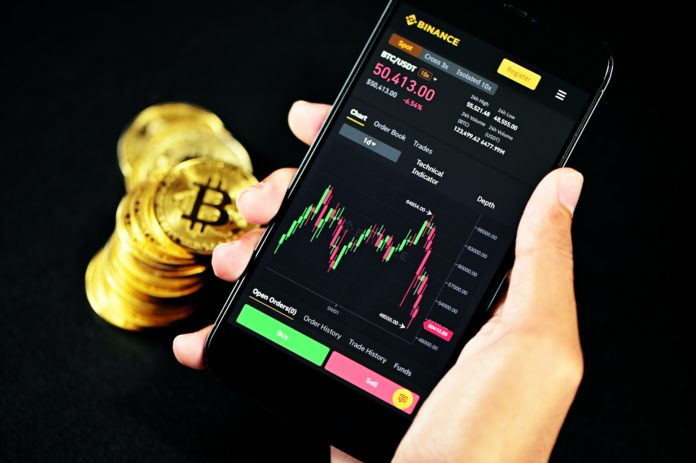 The topic of the environmental impact of cryptocurrencies is gaining more and more attention. We are living in a time when society, companies and countries alike are trying to do everything they can to minimise their impact on the environment.

It is not surprising, then, that the issue of mining digital currencies is becoming more and more piquant. While some argue that it is an energy-intensive process, others point to the possibility of neutralising its impact on our planet. But what does the data show?

Bitcoin is in the spotlight

In discussions about the green economy, the most talked about cryptocurrency is Bitcoin, which according to Coinmarketcap.com still has more than 40 % market dominance. Its current value is slightly over $37,000. Bitcoin in particular has been negatively portrayed by many in recent years. It is known to release 40 million tonnes of carbon dioxide into the atmosphere annually when mined.

The amount of energy consumed in Bitcoin transactions alone is also significant. The average transaction “burns“ more than 1,700 kWh of electricity, nearly double the monthly consumption of the average American household. To give you an even better idea – according to Digiconomist, one Bitcoin has the same carbon footprint as 1,879,709 Visa transactions.

The focus has shifted from China to America

Perhaps in part due to the aforementioned energy intensity, a significantly growing number of American miners are developing new business strategies with the potential to reduce the negative environmental impact of Bitcoin. The United States Congress recently debated how to contribute to greener cryptocurrency mining.

The most pressing issue was whether to use only renewable resources to mine Bitcoin or to focus on other blockchains that would not be as energy intensive. The move is a logical outcome of the US becoming the world’s new epicentre of cryptocurrency mining. It is so after China banned cryptocurrency mining last year. Even though it held the world lead in it.

The numbers speak for themselves

The findings of a new research paper on the energy mix and carbon footprint of the bitcoin network, Revisiting Bitcoin’s carbon footprint, published in Elsevier Joule on February 25, 2022, show that the suppression of mining in China over the past year has not only shaken the global mining activity associated with bitcoin. But has also significantly reduced the use of renewable resources that power the network during mining from 41.6% to 25.1%.

The reason is quite simple. During the rainy season in the summer months, cryptocurrency miners had access to hydroelectric power in China, which they lost when mining was banned in that country and had to move to the US or Kazakhstan.

As these countries supply miners with more electricity from coal and gas, the carbon footprint of Bitcoin mining has increased. The study is estimating a 17% increase. These data thus suggest that Bitcoin has recently become significantly less “green” than ever before.

The consumption index is rising

The Bitcoin Consumption Index always provides the most up-to-date estimate of the total consumption of the Bitcoin network. This stood at 204.50 terawatt hours (TWh) as of April 20 this year. At the same time a year earlier, it was just 103.78 TWh.

Looking back five years, consumption was only 10.2 TWh. In this context, however, it is important to note that energy consumption is also growing thanks to the growing number of miners. The good news for climate enthusiasts is that the total number of bitcoins is capped at 21 million, with more than 19 million already mined as of early April.

Graph: Development of the Bitcoin Energy Consumption Index from 2017 to 2022

On the other hand, it should be noted that there are more and more companies trying to use the energy generated by Bitcoin mining efficiently. Canadian miner MintGreen announced some time ago that it can recover up to 96% of the energy from mining. Thanks to it, plans to help heat 100 homes in North Vancouver in partnership with Lonsdale Energy Corporation (LEC).

In fact, LEC was looking for opportunities in the renewable energy sector instead of conventional natural gas. Moreover, MintGreen entered into a supply agreement with whiskey producer, Shelter Point Distillery. As a result, the energy generated will not end up in the atmosphere in the form of greenhouse gases.

The competition is not lagging behind

Of course, it should be noted that there are cryptos that are significantly less energy intensive than Bitcoin. These include, for example, Cardano or Ethereum. The latter originally ran, like BTC now, on a Proof of Work model that consumes significant amounts of electricity. But it is currently undergoing a transition to the significantly more energy-friendly Proof of Stake.

Although until recently Bitcoin was considered very energy intensive due to the high energy consumption during mining. It is now becoming apparent that this energy can be used efficiently. This could help to gradually reduce its environmental impact.

Although its carbon footprint has been temporarily significantly affected by China’s ban on cryptocurrency mining and the move of miners to more energy-intensive areas, there is no need to throw in the towel.

In my opinion, the oldest cryptocurrency has its place as part of the energy revolution we are witnessing live. Cryptocurrency mining and transactions still present energy and emissions challenges, but if miners are willing to adapt to new, ‘green trends’, the future may hold some pleasant surprises in store for us. Bitcoin thus, in my opinion, remains in a strong position.

Lyft will sell its self-driving technology business to Toyota