Overseas investors poured a net $84 million into the nation’s stocks last week, the most since late January, Bloomberg-compiled data show. The FTSE Bursa Malaysia KLCI Index has clawed back about half of this year’s more than 5% loss that had made it the world’s worst major market.

Areca Capital Sdn. says it’s time to buy, and company earnings are unlikely to get any worse. A market turnaround would be a boost to Prime Minister Mahathir Mohamad’s struggle to win over investors since his historic election victorya year ago. Since then, more than $3 billion of foreign funds have flowed out of the market amid a public spending clampdown. Now, the government is showing signs of easing its austerity drive and reviving large state projects.

Hope of more interest rate cuts and earnings surprises at companies including Telekom Malaysia Bhd. and Tenaga Nasional Bhd. have also aided investor sentiment. So has the U.S.-China trade war to some extent, with the nation’s equities seen as a safety trade by some investors seeking to escape global volatility.

Not everyone is optimistic.Other investors seem to be looking past the well-known economic concerns. The stock gauge has rebounded more than 3% since slumping to a 2015 low on May 24. The index is valued at 16.2 times projected 12-month earnings, down from this year’s peak of 16.5 in March, data compiled by Bloomberg show.

Among the biggest gainers in the market rebound have been the nation’s builders, with the Bursa Malaysia Construction Index surging 35% so far this year.

Reforms at state-linked companies, more political clarity and stimulus could see the benchmark gauge surge to 1,800 in the base scenario, or even reach 1,900 in the bullish case, Macquarie Group Ltd.’s analysts wrote in a note on April 26. The gauge retreated 0.3% to 1,651.20 at the close on Tuesday. 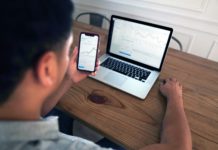